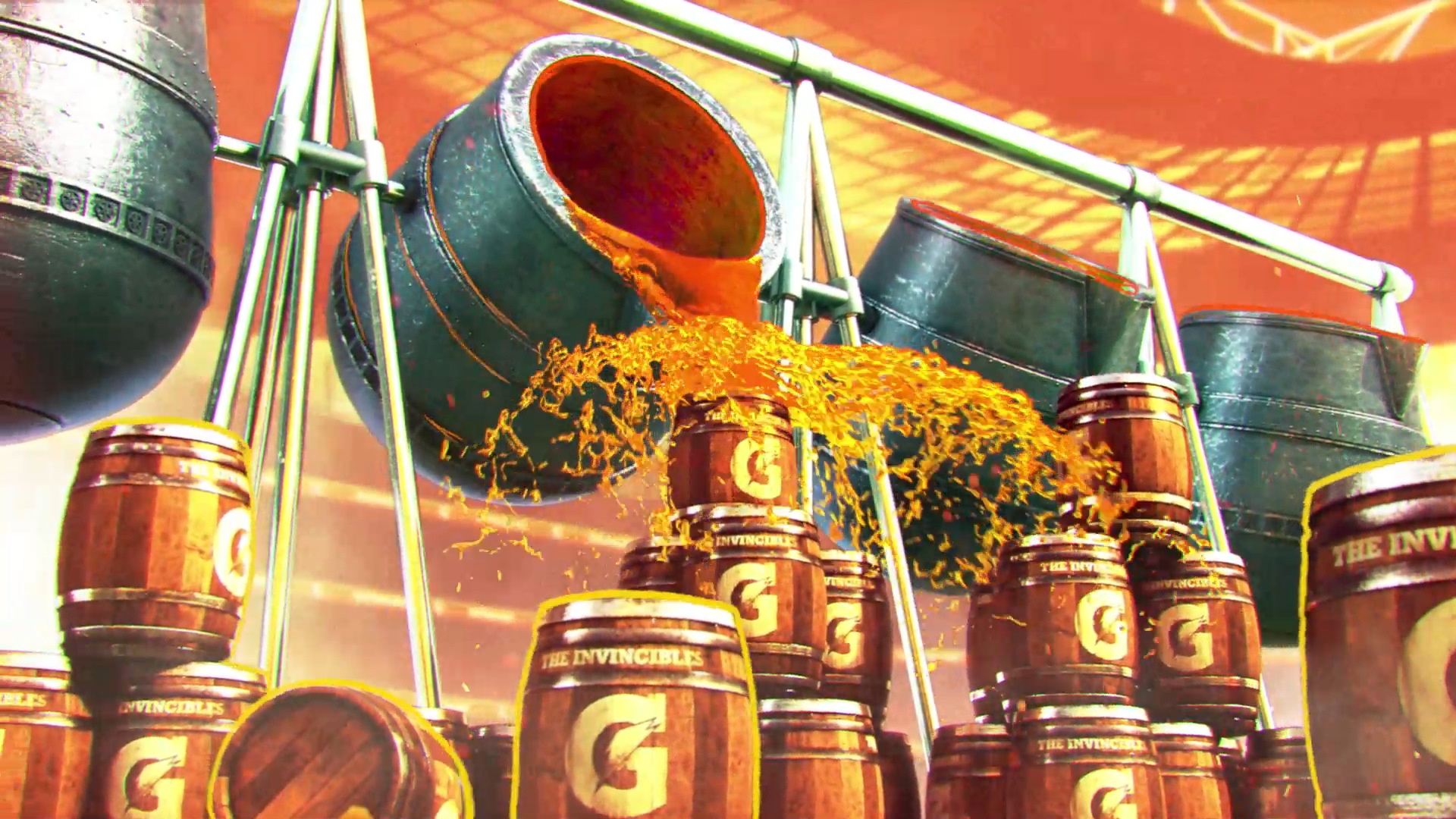 …Incendii is located in New Orleans, Louisiana. Nowadays New Orleans is known for a lot of filming but not so much for post production or VFX. So it is an exotic entity in this area. 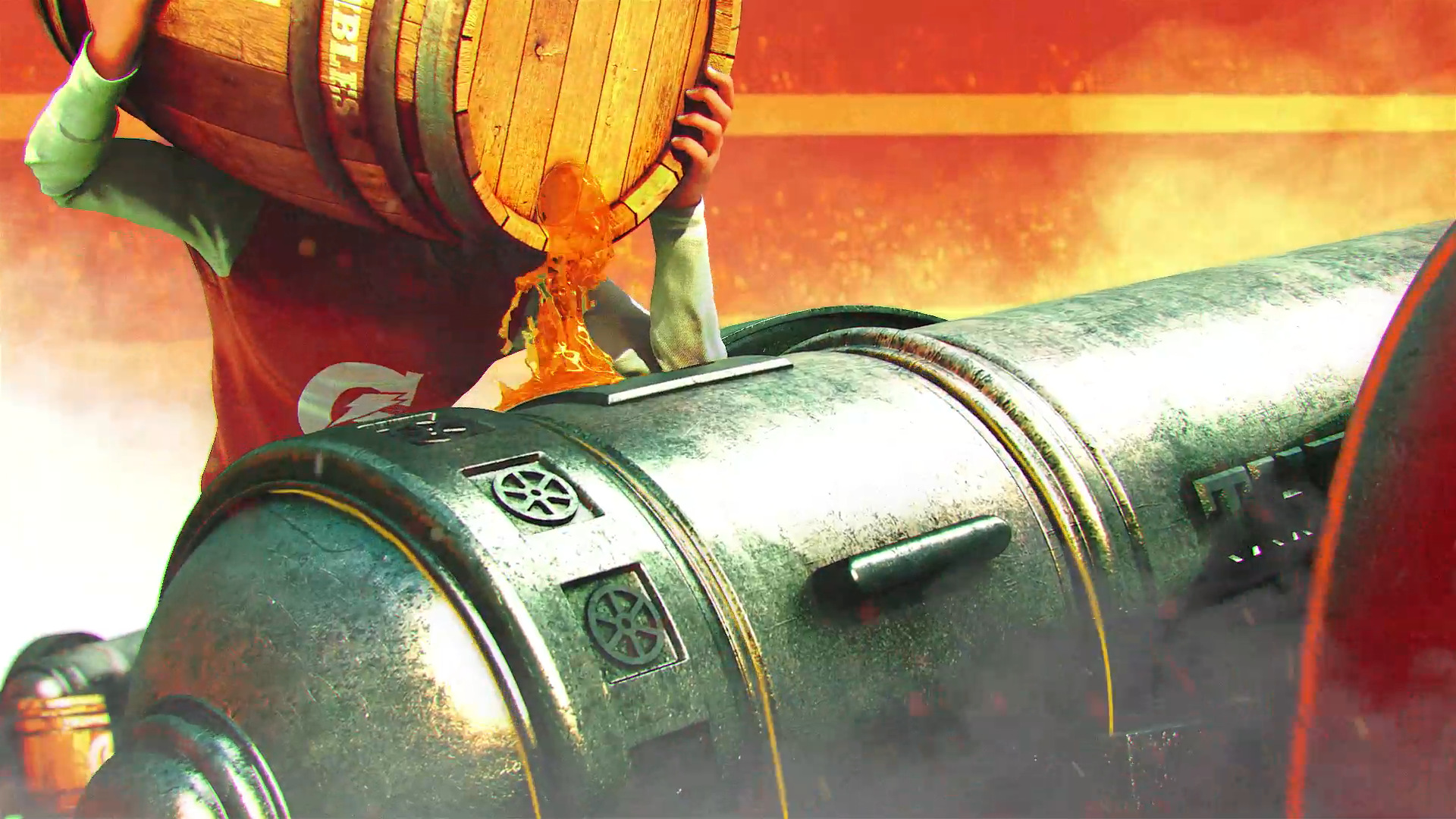 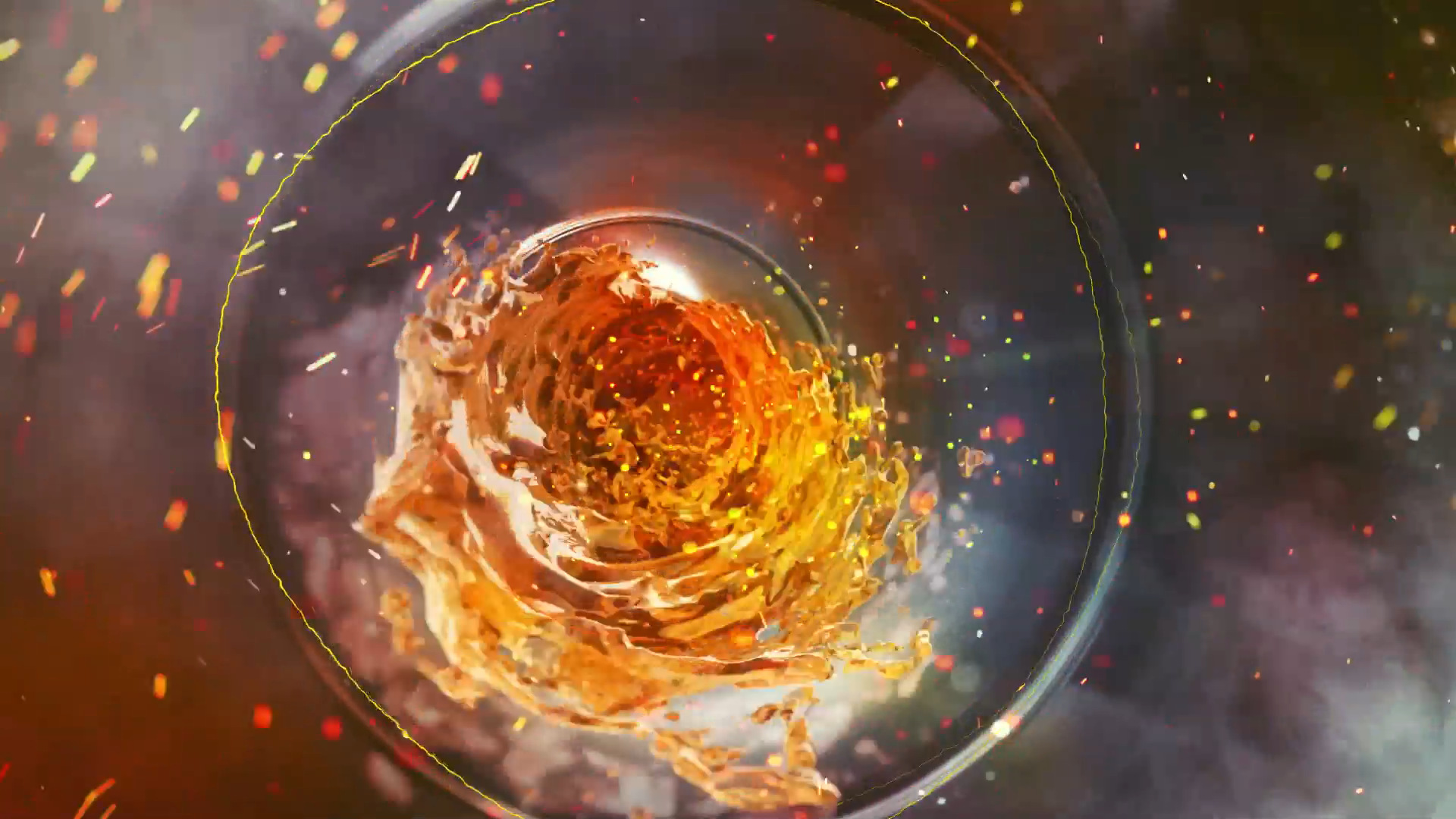 Besides the Gatorade fluids itself a lot of atmospheric effects like dust and smoke needed to be created. The fluid was definitely the secret here besides the actual soccer icons like Messi, etc. So getting the message across that Gatorade refuels and powers the athletes was crucial. Lots of high velocity flowing through tiny tubes and pipes which called for pretty significant detail even given the more toon-ish, not 101% photorealistic look. Besides the pipes and objects emerging out of volumes of fluids we made a bunch of generic splash and paint bucket type elements to be added as needed on the motion graphics side.

We worked on these commercials for two months on and off. Incendii also helped pitching the project prior to the production schedule earlier. I would say on the Gatorade team there were about ten over all at GoldenWolf and on the Incendii side two artists for fluid simulations and dust/rubble/fire, etc. But the lines blurred here. Whoever was free for a task picked it up. Time is always against you on a commercial project. With budget constraints come time constraints come shortcuts. But I think we managed well! The team was GREAT! Constant communication was very important. 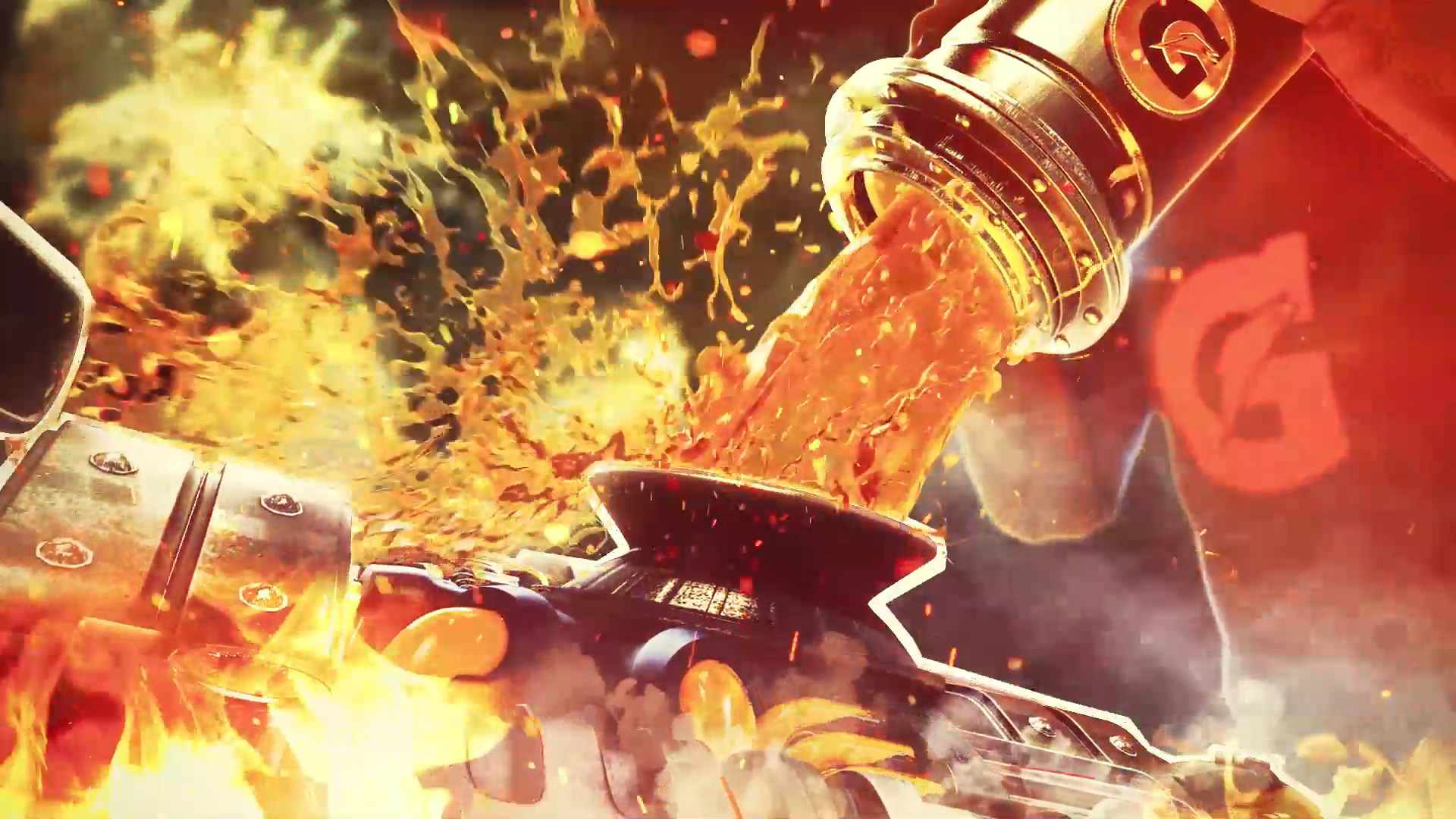 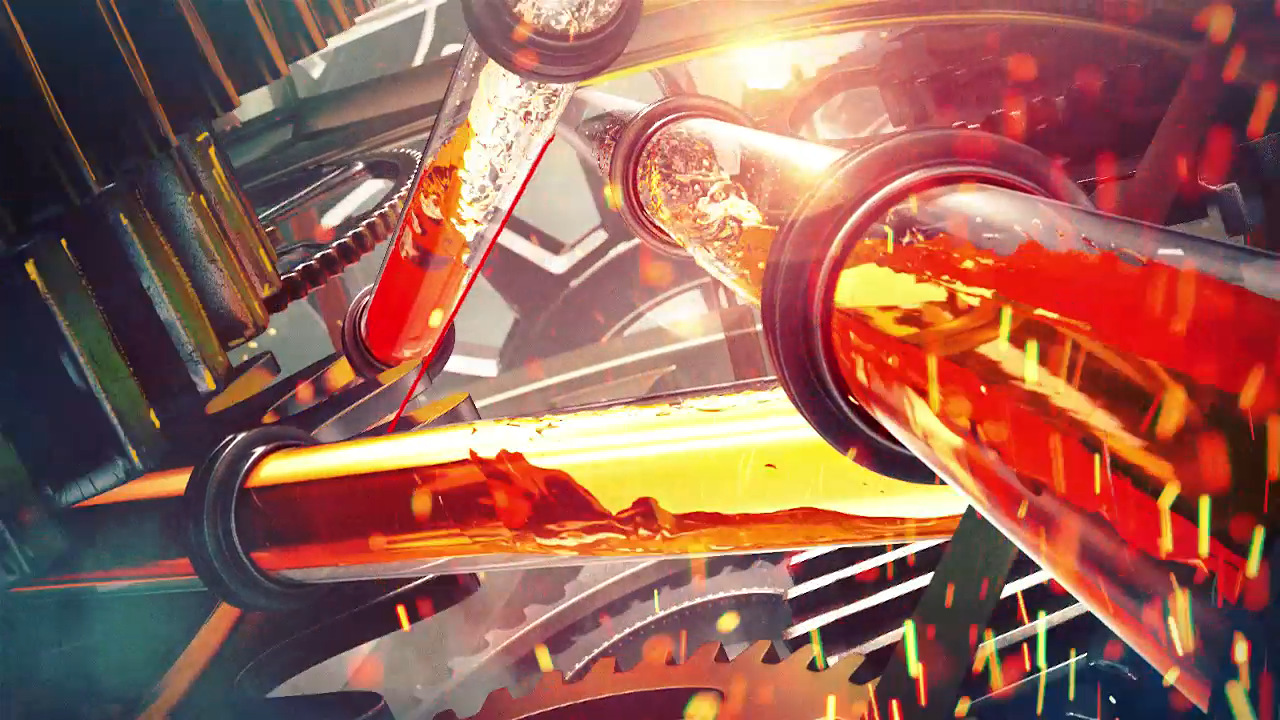 RealFlow was used in connection with Houdini for the Gatorade simulation splashing and running through pipes of all sorts and for the big splashes where barrels are poured over. We also emerged a running engine from a pool of Gatorade and filled up a battery all using SPH.

The techniques applied were a mix of RealFlow and Houdini. In RealFlow for small confined spaces SPH works better with Hybrido. Hybrido shines when you have large pools of fluids or huge pours. We used both on a per task basis. Great to have them both in there! The new node based interface is making it easy to even take on shots from other artists because the connections are so clearly visible and notes can be put beside to get everybody up to speed.

Some of the pipes the fluids go through were very small in diameter; it took a bit of testing to get the detail we wanted to achieve. SPH worked better on some, Hybrido on others. It was great to have a choice. Also the emerging engine was a bit of a task since the pistons were running at a high speed. Adjusting the sub samples took care of a good bit as well as the new meshing options. Small droplets required quite a bit of detail. 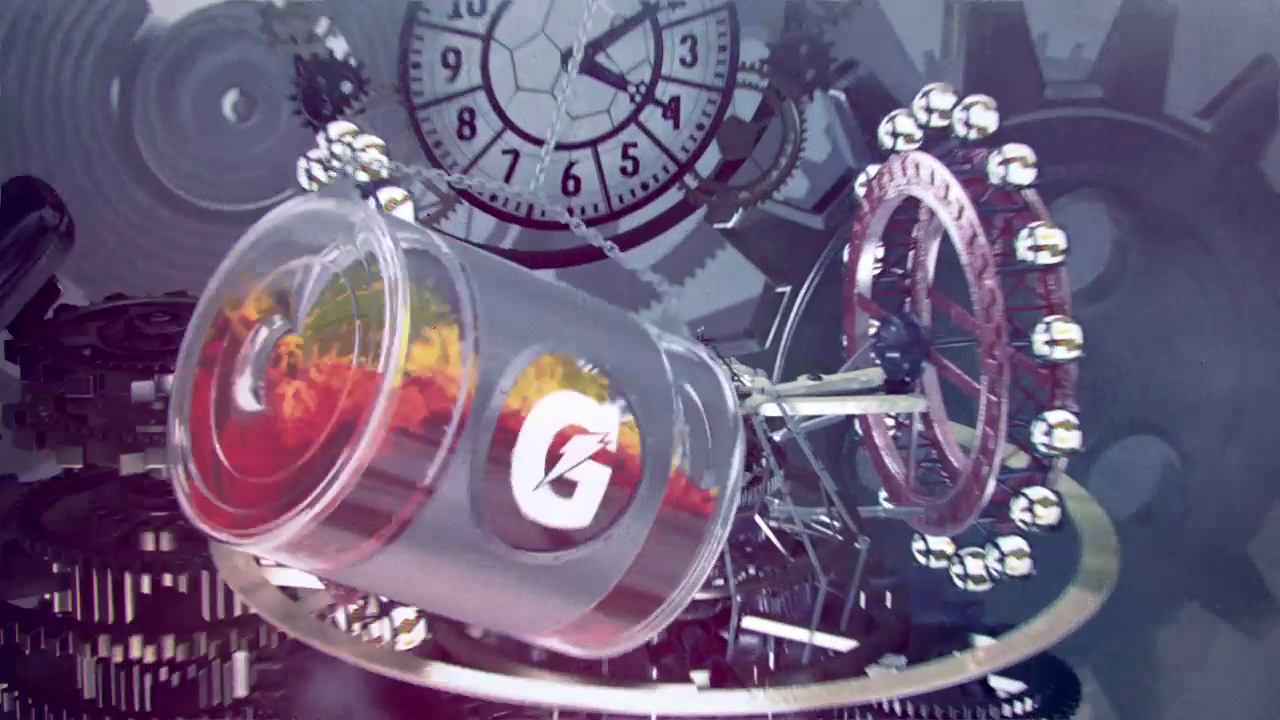 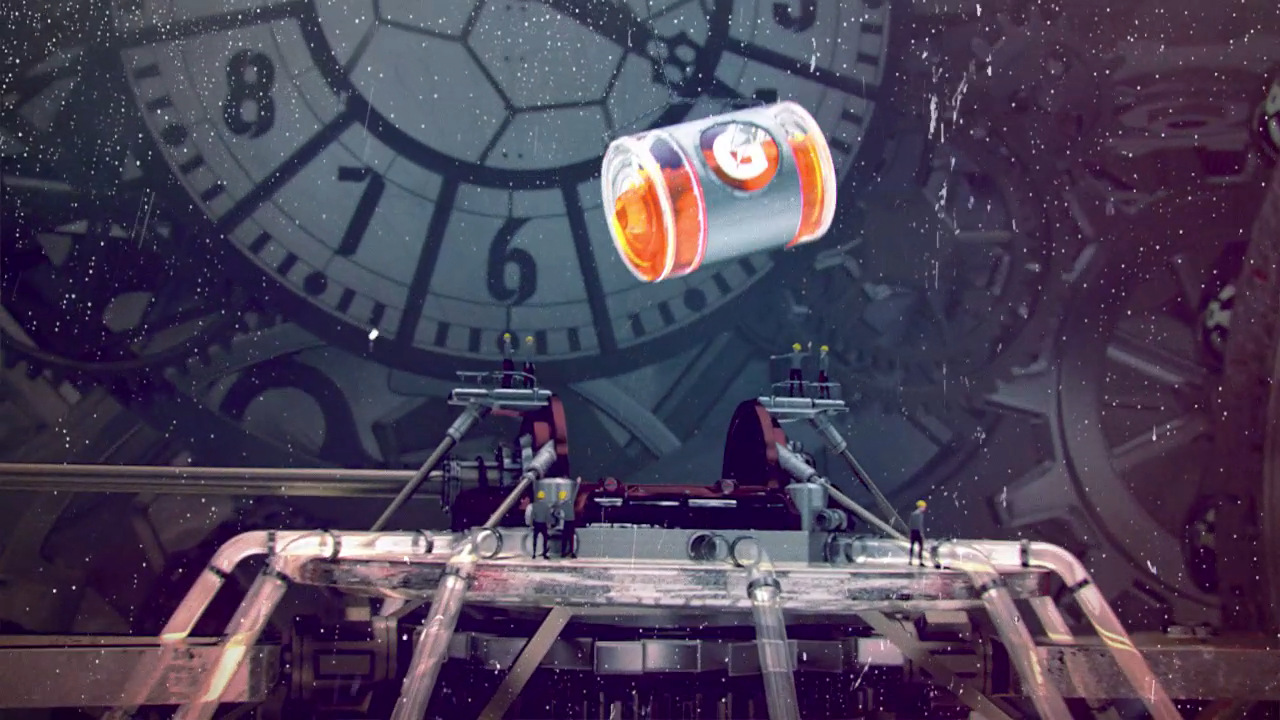 With the exchange plug-in for 3ds Max it is very easy to render in VRay and Krakatoa or even just loading the RealFlow particles into Particle Flow for further treatment like shape instances. Sometimes particles get cached out of 3ds Max and then meshed in RealFlow or even used as drivers. I use it both ways really. Especially with tools like Thinkbox’s Stoke you can generate nice motion easily and then pull that into RealFlow for meshing or emitters. I love the node based interface and interchange features with 3ds Max and others. Now I am no RealFlow expert by any stretch, but I like what I see and so do the clients. The rental option is also nice for a project which requires a little extra for a limited time.

The greatest benefit of RealFlow is how well it plays with 3ds Max with its exchange plug-in. Also since Thinkbox products can write BIN files now making motions in other tools and importing it into RealFlow for further treatment works nicely. I like meshing in RealFlow over using Frost some times as well.

The team at GoldenWolf was awesome to work with. This project was different from what I usually get to do so I really like the look and feel of it. It is more toony/stylized than photorealistic. Great job everyone! 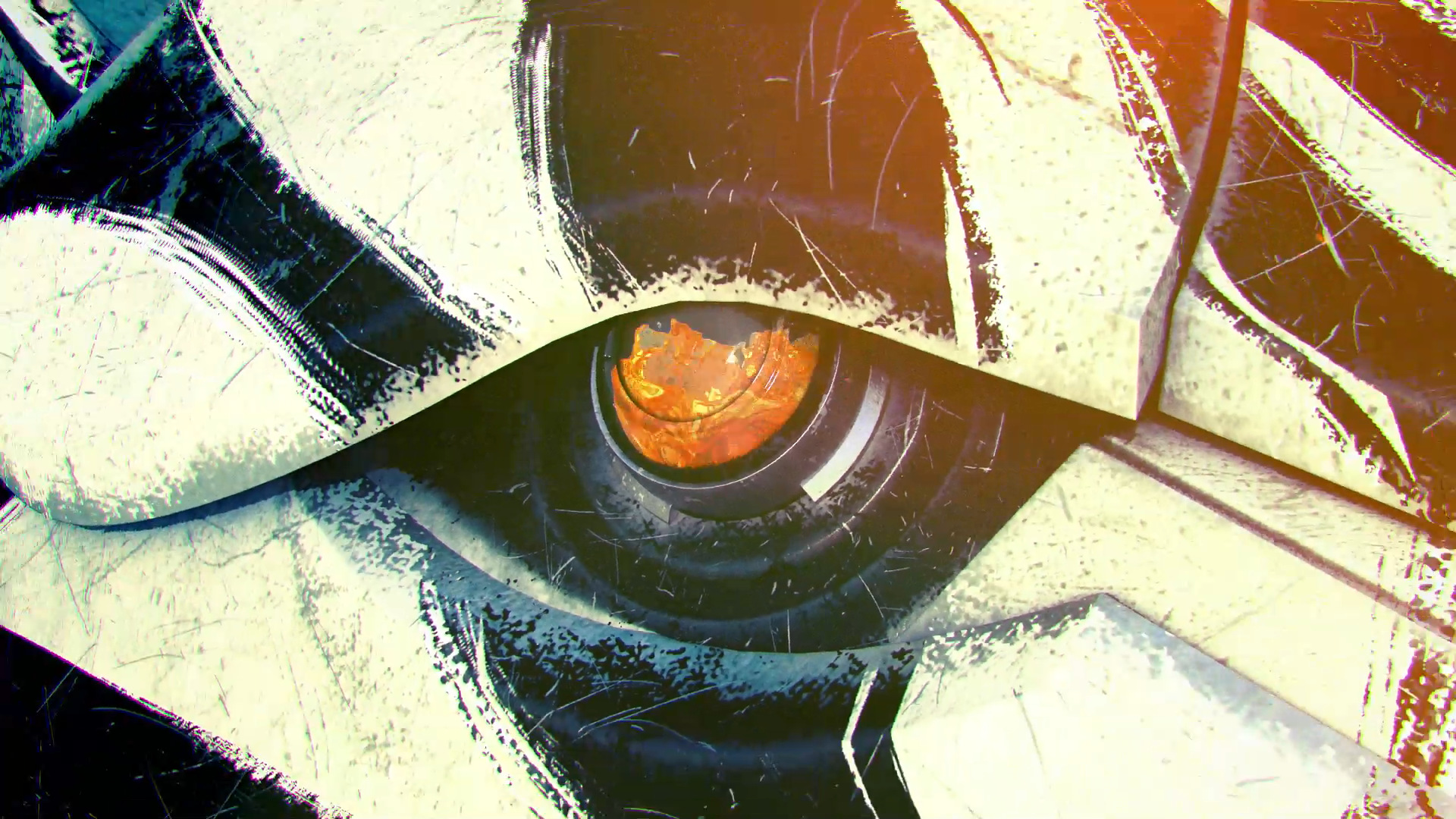 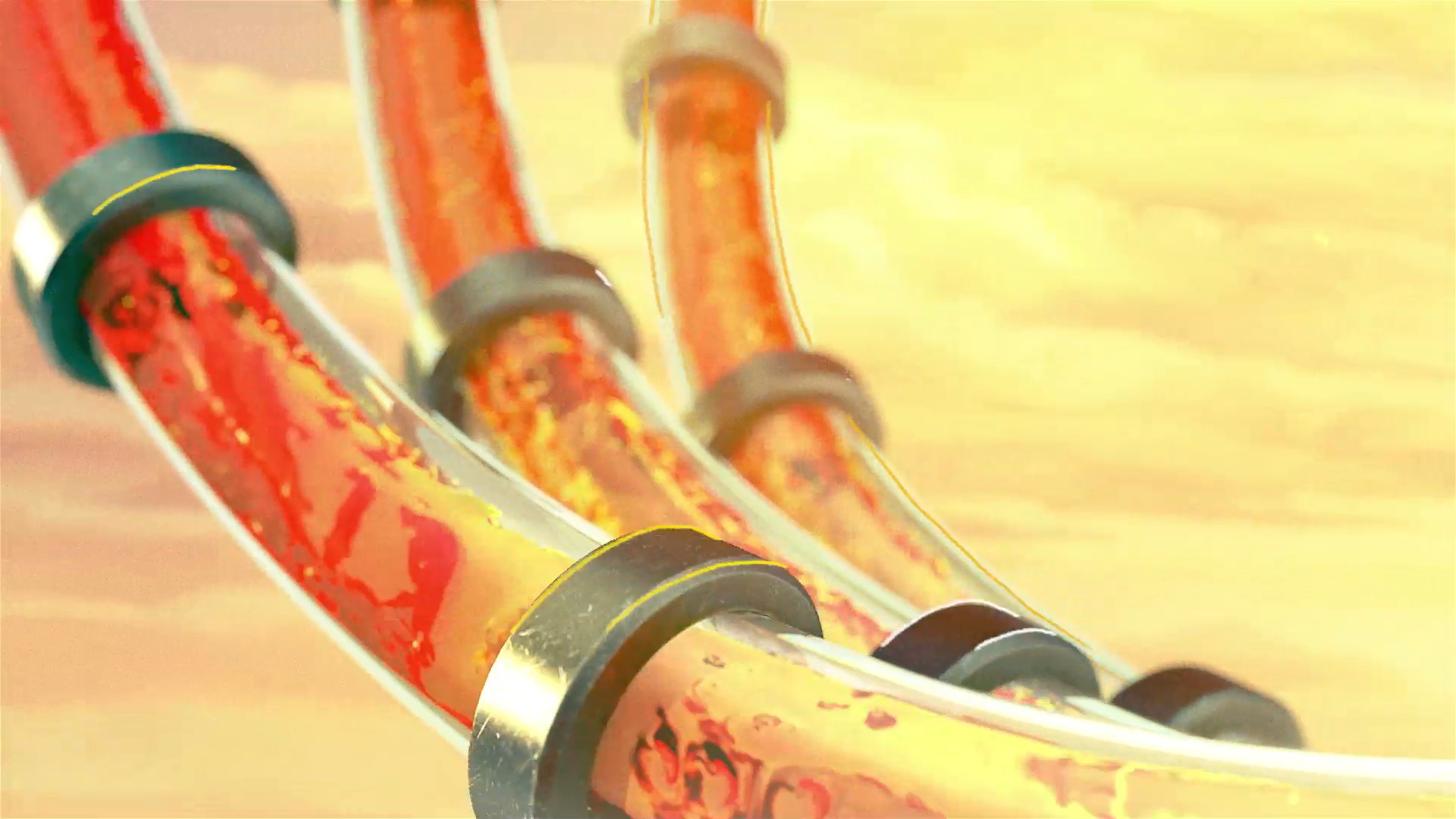